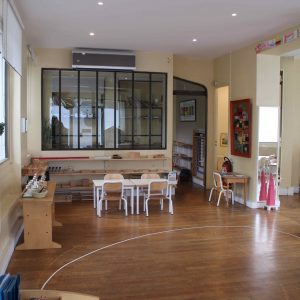 Exhibition of drawings before work 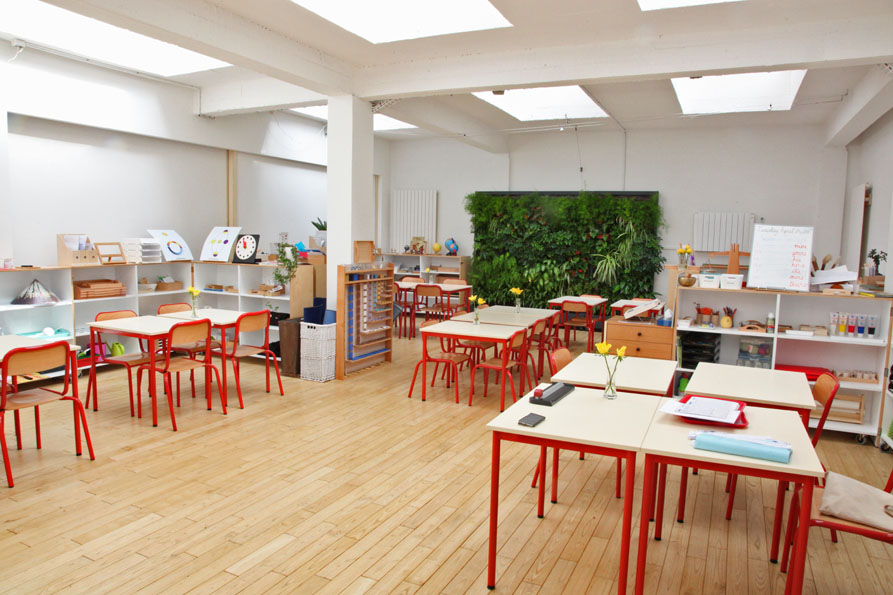 A few words about the Montessori’s Cool bilingual school

Montessori’s Cool was founded in 2011 by Mathilde Adam-Bourdin as a living venue welcoming children between the ages of 3 and 12. It is a specially designed environment geared to meet the physical and psychological needs of children.

In 2015, Montessori’s Cool signed the Charter for Montessori Establishments in France with a commitment to respecting the standards defined by the Montessori International Association.

Montessori’s Cool promotes togetherness, mutual support, mutual respect and exchange between children and adults. The community experiments with social life and lays down the markers for perfectly understood life in society.

At this age, children are sensory explorers and the environment at Montessori’s Cool provides teaching material through which they are able to explore the qualities of the world and beyond, and forge a bedrock for construction, intelligence and abstract thought.

Education as an aid in life is the foundation of a future society that is aware, responsible and capable of living in peace.

A few words about the school’s creation

Mathilde Adam-Bourdin, the founder of Montessori’s Cool, became a fervent believer in the Montessori teaching system during a year spent in England in 1995 as an au pair. After two experiences as an English-speaking educator in London and Shanghai, she decided to sign up for the Montessori teacher training course when she returned to France.

Her long collaboration with Patricia Spinelli, Head of the Maria Montessori Superior Institute and Director of Training for Educators in France, confirmed her wish to found her own school.

As a mother of 4 children, each day she measures the benefits of the teaching method for their development: “It’s such a thrill to see them develop and grow in confidence and autonomy.”In 2013, Mathilde hatched a new project to go live in the United States, so she then assigned the school’s management to Carol Nayagom, an educator for 3 to 6 year-olds.

In September 2015, several families from the school voiced a desire to create a class for 6 to 12 year-olds at Montessori’s Cool.Carol Nayagom, with the support and engagement of several parents, successfully saw through the expansion project. Montessori’s Cool moved to new premises in September 2016, where the school was able to welcome two moods: for 3 to 6 year-olds and for 6 to 12 year-olds.

Montessori’s Cool is the rich end-product of this growing enthusiasm and the desire to share it with other families.